Before pregnant, I had planned several trips between December 2013 to April 2014, including Dieng, Penang, Cameron Highland, Bangkok and Myanmar. After we found out that I was 7-weeks pregnant in Dec 2013, we decided to cancel all of the trips for safety. I also didn’t feel like going anywhere with my sickness. So, I had missed my trips to Dieng, Penang and Cameron Highland.

However, 2 weeks ago I suddenly thought it was ok for me now to travel. And the next trip would be Bangkok. So here it is, my babymoon to Bangkok for the first time, in my 19-weeks pregnancy, with my husband, with 5 days preparation. Random trip is always fun and exciting!

I was flying with Tiger Air Mandala. I bought the flight ticket on September 2013 via Tiger Air website where I got it for IDR 1M ($88) per person for round trip. The flight from Jakarta to Bangkok was supposed to be at 3.40pm but I just knew it’s already changed to 4:35pm. Well, what do you expect. Good thing it’s not delayed.

We arrived in Suvarnabhumi Airport around 8pm. Not like my Honeymoon in Bali last June, where I switched off my communication to the world, this time I would like to stay connected. While walking towards immigration and luggage claims, I turned on my iphone wifi in the airport to have internet access. There was free wifi but we needed to get the userid and password to login from Information Counter. The staff would give us a paper contains of userid and password that can be used for 1 hour after login.

After collecting our baggage, we stopped by a telecom stall in Arrival Hall to purchase Thai SIM card. It’s not difficult to find, because it’s the only stall that evening which had long queues. I bought Happy Tourist SIM card from DTAC with package of 7 days data 1GB and 100 minutes free call for 299 Baht ($9). They set up my iPhone and I could use it straightaway. 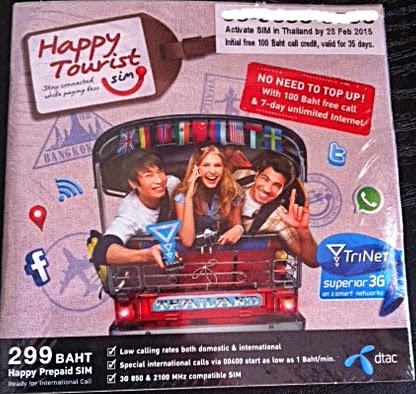 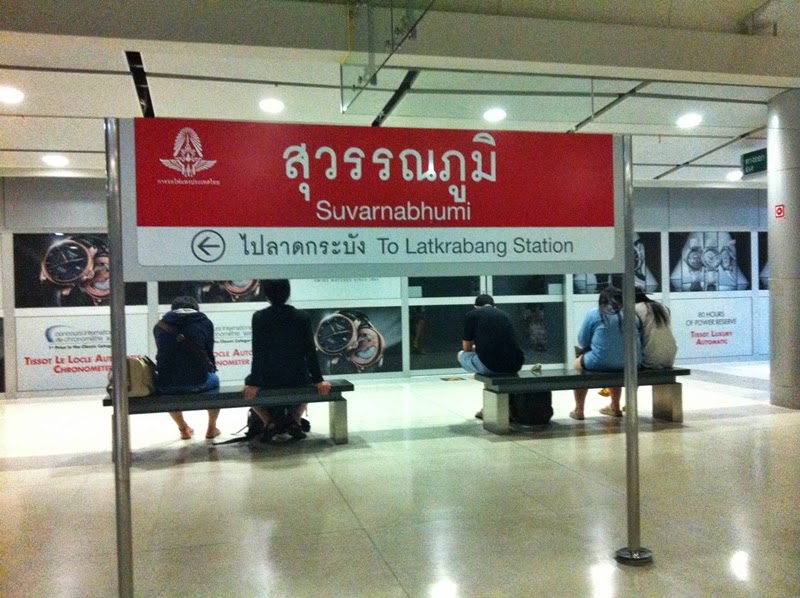 We then walked to Bangkok Airport Train station on the first floor to go to the city. There were 2 kinds of Airport Trains: Express Line which had a non-stop journey (150 Baht / $4.5), and City Line or Commuter Line (15 to 45 Baht, depends on the distance). This is the route map of Airport Train, BTS Skytrain and MRT underground. 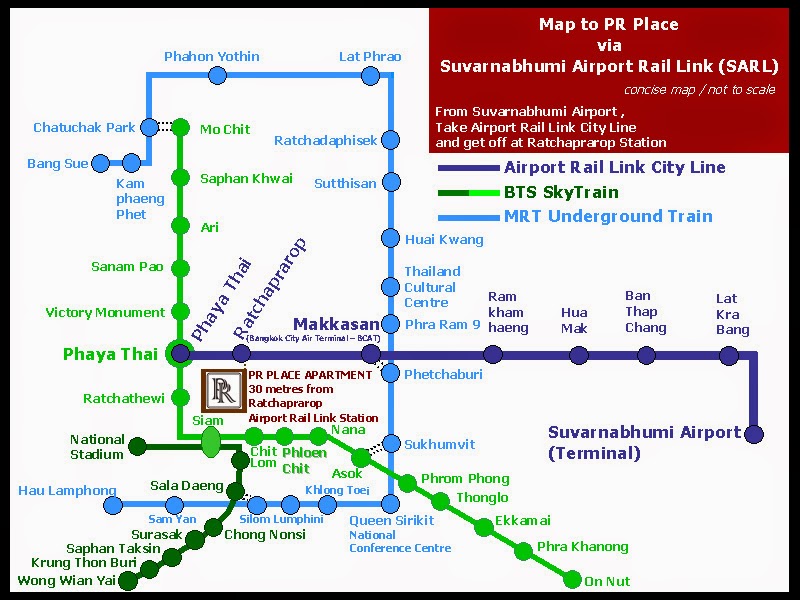 In my case, I should alight in Makkasan Station, then change to MRT from Petchaburi MRT Station towards Silom MRT Station. From there, it was 10 minutes walking to my hotel. The fare for MRT depends on the distance as well. We could purchase the token every time we made the trip, or purchase a card that could be topped up. 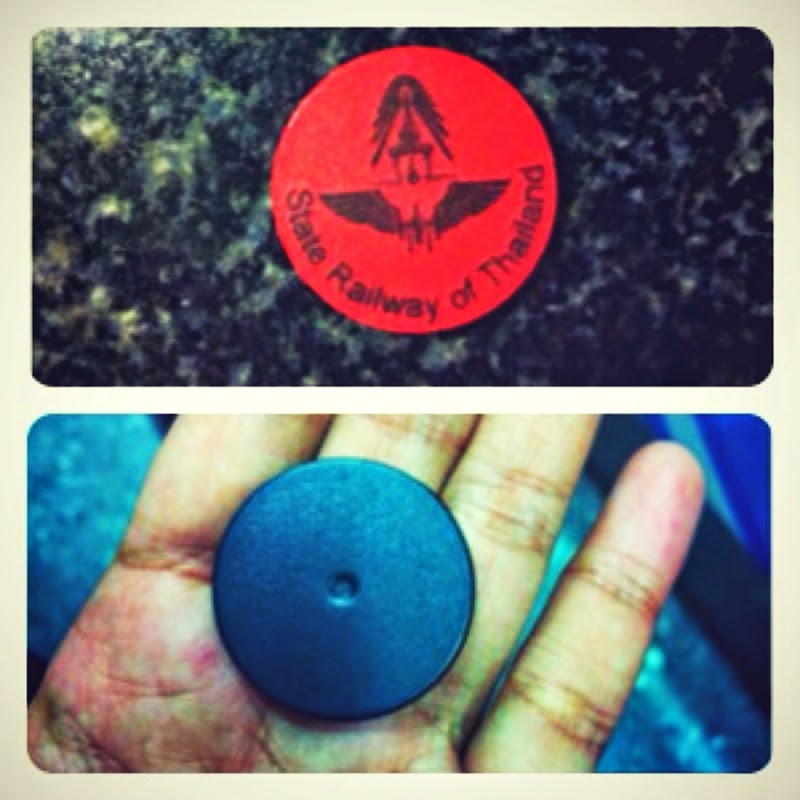 Airport Train Token (above) vs MRT Token (below)

There was also an option to buy MRT card to use in 1 day or 3 days, but I didn’t buy that card because we would not take MRT that much. Bangkok MRT didn’t widely cover the city, some parts of the city were reachable by Bangkok mass Transit System (BTS) or Skytrain but it wasn’t linked to MRT, we should purchase separate tickets between MRT and BTS.

In Bangkok, I stayed in Park Saladaeng Guesthouse, which had a good location between Silom MRT and Saladaeng BTS stations. So, if I needed to take MRT I could walk to Silom, and if I wanted to take BTS I could walk to Saladaeng. This area was crowded by workers during weekdays because of many offices around. Silom road was also packed with shops and restaurants, so it’s easy to find some foods.

Ok, that’s it for the first day. Couldn’t wait to see what Bangkok would offer me for the next day.

previousWhen Travel is the Journey, not the Destination
nextReview: Park Saladaeng Guesthouse in Bangkok