I am coming to the concert!!! 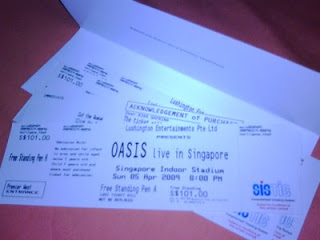 To celebrate this, I want to play a song meme haha. 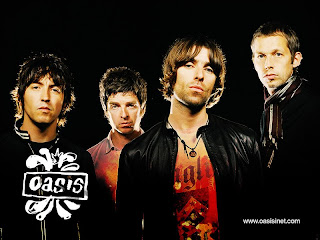 1. Male or female?
The Girl in the Dirty Shirt (kalo ga kotor, ya ga belajar :P)
2. Describe yourself
My Big Mouth
3. What people feel when they’re around you?
Shakermaker (shake along with me… *dancing queen*)
4. How would you describe your previous relationship?
Turn Up the Sun (he’s my superman *malu-malu kucing minta digampar*)
5. Where would you want to be now?
Up In The Sky
6. How do you feel about love?
Love Like a Bomb
7. What’s your life like?
It’s Getting Better
8. What would you ask for if you had only one wish?
All Around The World
9. Say something wise
Don’t Look Back In Anger
10. What do you think of your bestfriend?
Stand By Me

My favourite song of Oasis is Stop Crying Your Heart Out. That song came up when I was in senior high school, at the beginning moving to Jakarta in the middle of school year. You know, it’s hard to be a new student in school, make friends among other already-being-friend-people, try to be yourself, adapt in new culture that is so different from the previous one *village girl*. So yeah, at that dark times this song was accompanying me.

Though I am not so fanatic (I don’t even know name of each player, except Noel and Liam), but I like their songs. Can’t wait for it yay.