My second day in Bangkok was Sunday, and the agenda was shopping! This was the only weekend day we had in Bangkok, and since Chatuchak Weekend Market was only opened in weekends (Friday to Sunday), we must visit this place today. We went there by taking BTS until Mo Chit Station. Not like MRT which is using a token, one way BTS ticket is using a card like this. 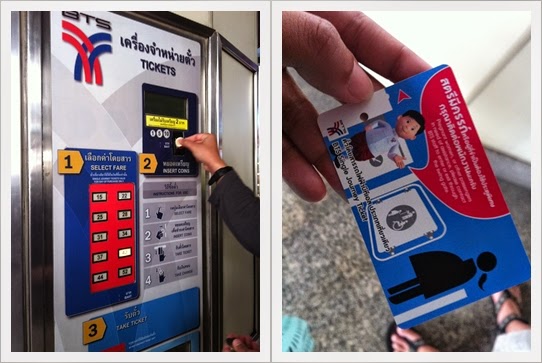 Once we got out the train, we saw a big park with lake and many street stalls. This place is huge, and everything is there! I should restrain myself to not spend my money a lot because it’s still the beginning of my trip. 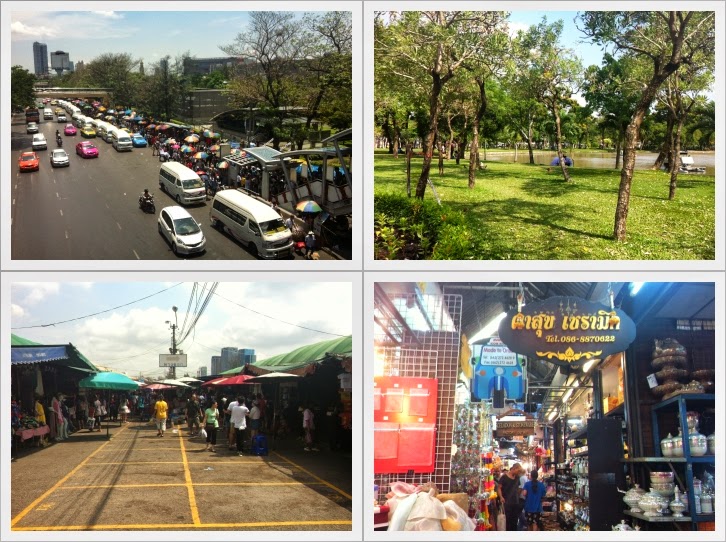 Thing that one should try in the very hot weather of Bangkok, and it could be found in any tourist places in Bangkok: Coconut Ice Cream (35 Baht / $1)

There I had a reunion with a Korean friend from Sinchon Toastmaster Club (SCTM). She was currently living in Bangkok, and we agreed to meet up at Chatuchak Market. We met at the Clock Tower in the middle of this market, apparently a usual place for meeting point. We then walked around the market (again) and she helped me to bargain with her limited Thai language. She said the stores inside were cheaper than the outside. We then had local foods for lunch in one of the food stalls. She had just been into this market three times but already remember well the way. I would definitely got lost. 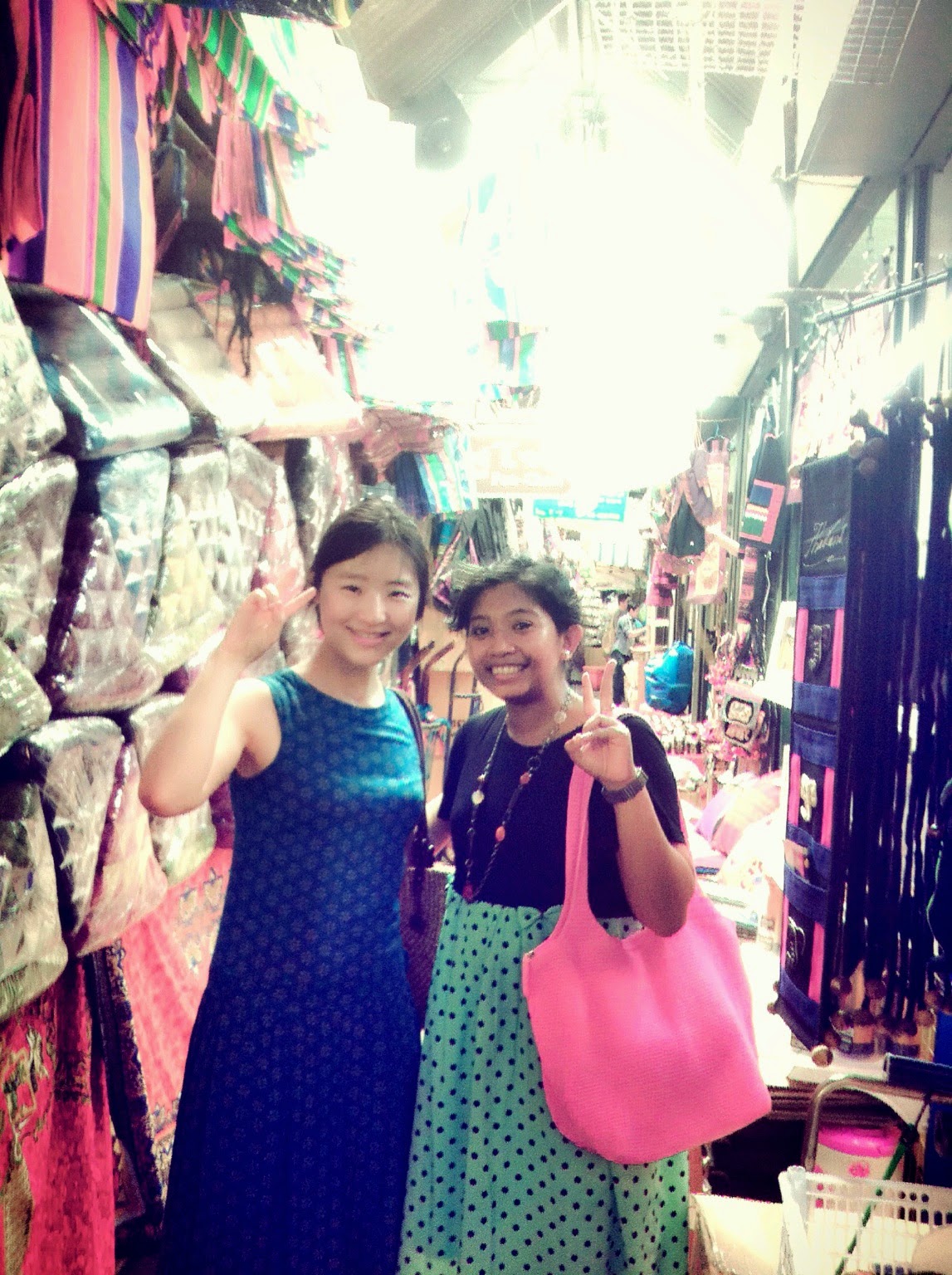 Next destination was Siam. It’s an area full of big and luxury shopping malls. First stop was Siam Paragon, which was the nearest mall from Siam BTS Station. When I was in Chatuchak Market, I walked a lot and didn’t feel tired at all. Not until I sat down inside BTS taking me to Siam, there I realized my feet were aching. So, we decided to take a rest for a while in Starbucks in Siam Paragon. I had to remember that I was pregnant, and couldn’t walk much like I used to do. This was definitely a relaxing slow-paced traveling, that I couldn’t force myself to hurry to visit all the interesting places and attractions.

While we’re sitting in Starbucks, my husband suddenly asked me, “do you know Kim Soo Hyun?” I was shocked, yesss of course, he’s one of my favorite Korean actors! He then pointed to the girl sitting besides our desk, who’s wearing a nametag of Kim Soo Hyun Fan Meeting. I heard about it, that Kim Soo Hyun held a Fan Meeting in Siam Paragon Bangkok that day. He would also hold a Fan Meeting in Jakarta on 25th April. I excitedly talked to the girl. She was Thai who could speak Korean and was apparently the interpreter for Kim Soo Hyun show. She said the show would start on 5pm and the ticket was sold out. Wow! Didn’t realize he was that big in Thailand. I don’t think his show ticket in Jakarta is gonna be sold out.

Anyway, we continued sightseeing around Siam district, until Pratunam area where Platinum Fashion Mall was located. I heard from some friends that this mall was offering cheap bargained local products. It’s like an indoor version of Chatuchak Market. You can walk from Siam to there for about 15 minutes (30 minutes for my pace haha), or taking Tuk Tuk (rickshaw) for 100 Baht ($3). 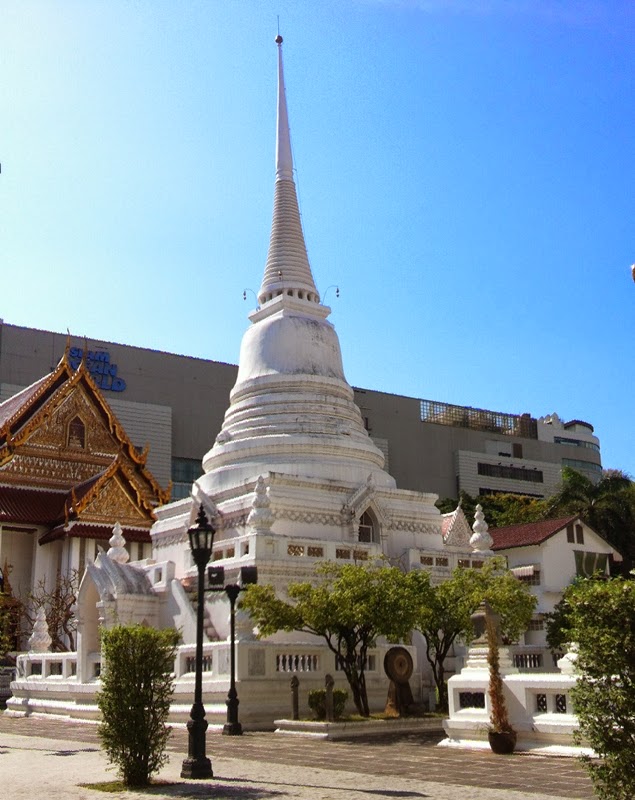 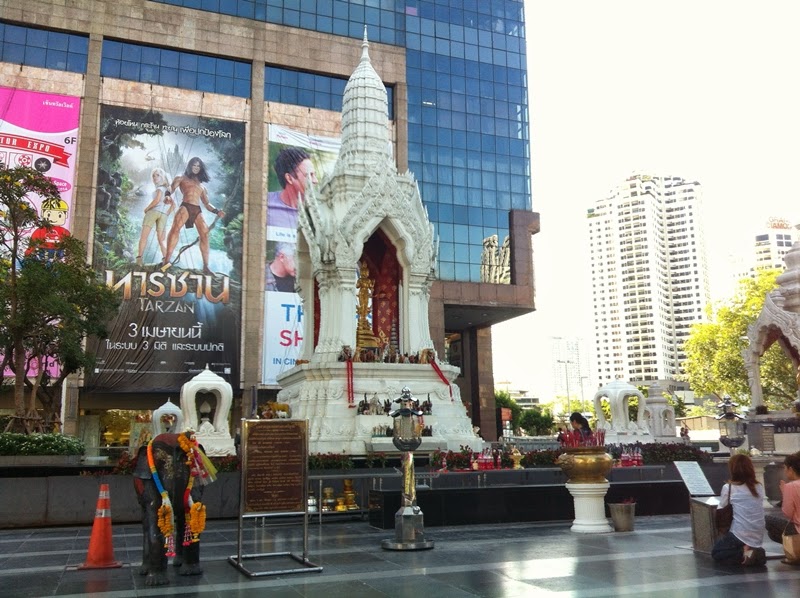 A prayer place in front of Central World Plaza

After shopping and having dinner in the foodcourt of Platinum mall (which was cheap and having a lot of varieties of foods), we walked towards Ratchadamri BTS Station to go back to hotel. This time we tried Ratchadamri station in hope that it’s closer than to Siam station. Apparently the distance was the same, no, felt further than to Siam Station because at that time I already walked the whole day and felt so tired. 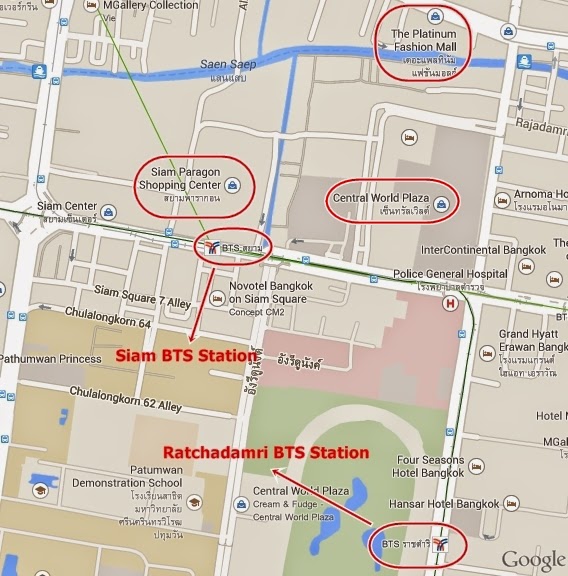 Back in Saladaeng BTS station, on our way to hotel, we stopped by a massage place to have Thai Foot Massage for our weary feet (250 Baht / $7.7). At first, the staff was hesitant to take me because I was pregnant, but after talking to her boss, they said it’s ok to do the relaxing one for me. At first I was not aware it was harmful to have foot massage during pregnant. It’s only the feet, not the body right?! I then browsed internet and found many different opinions about it, some people said ok (but to avoid the ankle parts), others said no. I believed the first opinion, so there it went, we’re having Thai Foot Massage for 1 hour. After the massage, my feet didn’t feel any different haha, maybe because it was just a light massage. While my husband said his feet felt much better and relieved.

That’s it for the day. Shopping could be so tiring, huh!

1 thought on “Shopping in Bangkok”