Some Things are Better Unplanned

I really like this traveling article, especially in the part: Most of your best memories will come from unplanned things. I had several experiences myself where I went to some places during traveling without planning them beforehand. Surprisingly, it turned out fun and very enjoyable.

When I and some friends went to Bintan last month for one night, we really had it spontaneously. Accommodation and ferry bookings, even how many exact people coming, were finalized only two days before the trip. And activities to do in Bintan? We asked to the hotel staff once we arrived there! Nonetheless, that was one of the most fun trips I ever had, thanks to the awesome traveling partners!

In other occasions, especially for far and long trips such as Australia, I prefer to plan them carefully and details. So I can be a spontaneous traveler, and also an organized traveler, depends on the needs haha. I used this helpful web-tool to create my itinerary. But… of course, things do not always work as we planned.

We arrived at Melbourne in the afternoon, planning to go directly to Phillip Island to catch little fairy penguins on sunset. But the car we rented did not come along with GPS. The car rental staff said they ran out of GPS for that day, but we could come to the office the next day to get GPS for other 2 days (we rented car for 3 days). No one has been to Melbourne before, we were strangers in a strange place, we drove around based on a confusing map book… and we got lost. From airport to our hotel in St Kilda supposed to be only 30 minutes, but we reached there in 2 hours. Hell yeah! There was not enough time anymore to catch the penguins.

On the first day of our trip we already missed a plan in the itinerary. There was no plan B. Finally we decided to go to St Kilda beach nearby, that was not in our itinerary at all. Since we were not in a rush anymore, so I sat back and enjoyed the view. Oh my, there were no high apartment buildings like here in Singapore, the houses were beautiful and really homey, flowers and trees were blooming nicely, the environment was quiet, safe and friendly. That’s when I started to fall in love with Melbourne (see previous post? The picture was taken in St Kilda beach). I do not regret at all for skipping Phillip Island (even though I will visit it if I go to Melbourne again someday) and seeing this beautiful part of Melbourne. 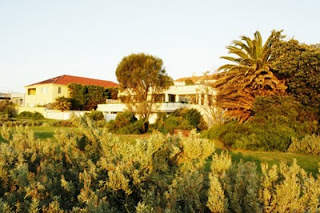 Other unplanned things happened in our last days in Sydney. We had gone to most of places and attractions, until we did not know where to go anymore. Itinerary was finished! But I really enjoyed our spontaneous activities below: 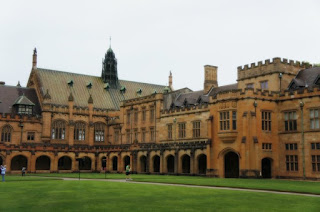 So now I have learnt a lot. When things go out of plan, do not feel angry and disappointed, because maybe the journey is about to begin.

3 thoughts on “Some Things are Better Unplanned”