Last week I went to Festival Jajanan Bango (FJB). It is Indonesian traditional culinary festival made by Bango, a local soy sauce brand from Unilever. FJB has been held every year since 8 years ago, but this is the first time I’ve been to this festival. 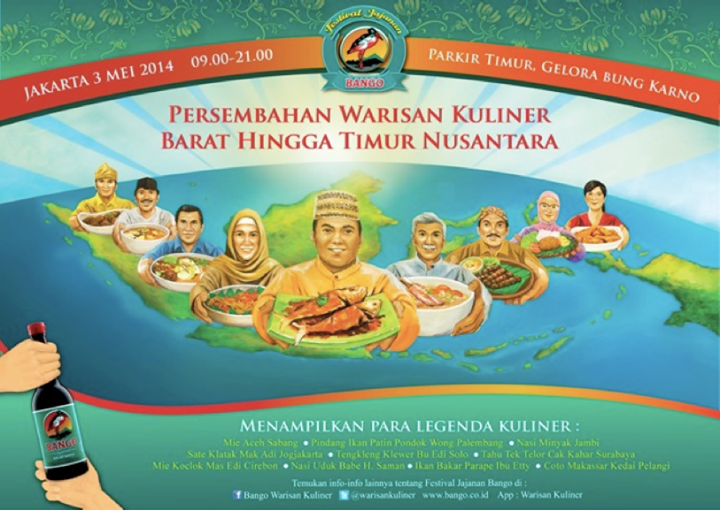 After parked our car and paid no-receipt parking fee to the illegal parking man (this is so common if you visit a big event complex in Jakarta such as Gelora Bung Karno Senayan and Taman Impian Jaya Ancol, you have paid the legal parking fee on the entrance gate but you’d be asked for additional illegal fee inside the complex), we walked inside the festival where a big ship decoration welcomed us. The entrance alley was filled by exhibition stands showing the making process of soy sauce, especially Bango brand, and a stand to buy other Unilever products.

Further inside, the main alley ended with a big stage, where some performances were held. One of the performers singing there was Project Pop. Several small alleys were branched out from the main alley. Each alley had about 8 food stalls and seating place. They were divided into 3 parts: West Indonesia, Central Indonesia, and East Indonesia. We didn’t research first which special food we want to try in this festival. Any food would do, but that made it harder to choose among those 65 foods! There were some stalls having a long queue, such as Tahu Petis Semarang and Sate Klatak Yogyakarta. We knew then that these foods were legendary, but we didn’t really want to queue.

First, we tried one of the foods from the East side of Indonesia. Randomly we chose Mie Kering Titi from Makassar, Sulawesi. Just like its name, Mie Kering or Dry Noodle, it was formed as a crispy noodle, spread by thick soup consists of veggies, beef ball, and chicken meat. The taste was a little bit salty for us. 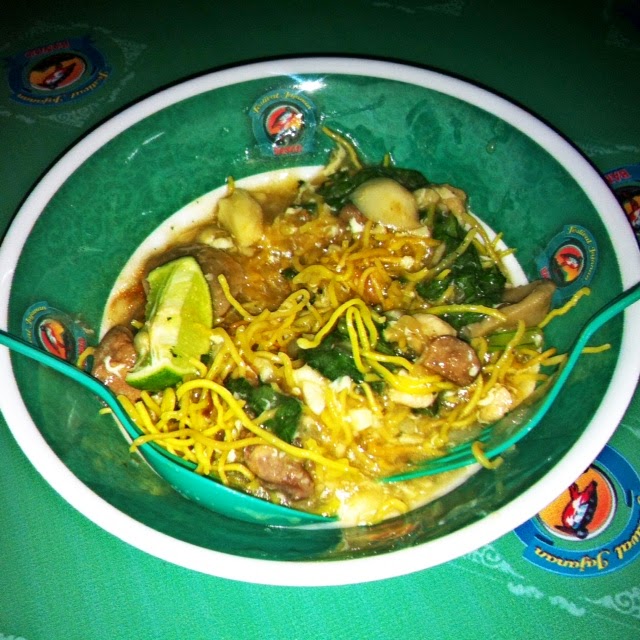 After that, we tried one of the foods from the Central side of Indonesia: Tengkleng Klewer Ibu Edi from Solo, Central Java. It’s a soup with meat, ear, tongue and all kinds of inner part of goat (or we called it Jeroan). I am not really a Jeroan eater, but my husband is. He really enjoyed this food, while I only tried the soup, and it was delicious. Turns out it’s one of 25 legendary Indonesian culinary. 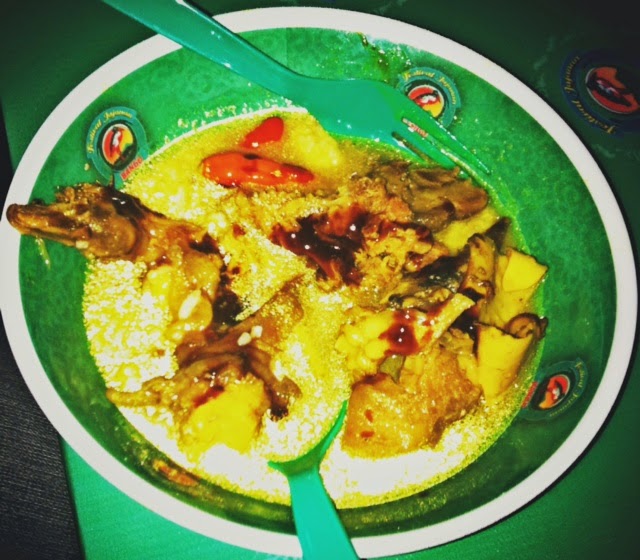 The third one was from the West side of Indonesia. We tried Sate Ayam from Bangka, Sumatra. It was delicious, but not really unique, because we could find this kind of chicken skewer in all parts of Indonesia. Even my friend from Bangka doesn’t know there is a special Sate Ayam in Bangka. 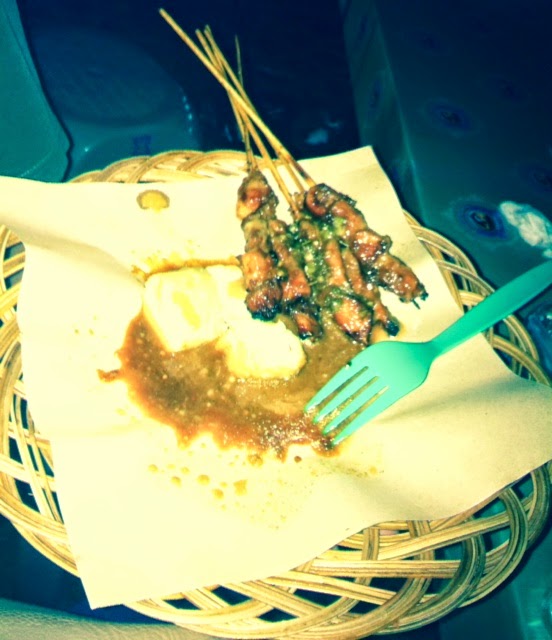 We would like to taste more foods, but 3 portions were already fulfilling. I guess when coming to this festical, it’s better to come in a group of many people rather than 2 people only, so we could taste a little bit but many kinds of food. Each dish cost 20.000 Rupiah (~ 1,8 dollar), and we got bonus of one 85ml sachet of Bango for each dish. Bango bottles were placed on every seating place, so people could add it into their dishes. In the middle of festival area, Unilever demonstrated its water purified machines. This was the source of free drinks on that night. But if you don’t want a free drink, there were also many drink stalls throughout the place.

Before going home, I bought a snack for my family at home: Risol Setan. Risol is a kind of small croquette from Indonesia, filled with veggies, thin rice noodles and meats. This dish comes with a peanut sauce where you can dip the Risol in. But beware, the sauce is damn hell spicy, that’s why it’s called Setan (means Evil). I guess this dish comes from Jakarta (Betawi).

If I come to FJB again next year, I will make sure to try better and legendary foods!