Jeju Island, the Hawaii of Korea, where couples usually go for honeymoon, and the place of many UNESCO Nature Heritage sites, is really beautiful and romantic. Some people say we need to spend at least 1 week to explore and experience the most of this island, but in my opinion 3 days are enough. Trust me, many places in Jeju only look good in advertisement, they’re good at selling it. There are no interesting places in the North and West part of Jeju Island, so you can focus on East and South. East and South parts are amazingly naturally beautiful! Here’s the itinerary I recommend.

Manjanggul / Manjang Cave
Spending time: 30-45 minutes
Hallasan, located in the middle of Jeju Island is the only volcanic mountain in Korea. It created several small volcanic mountains throughout Jeju Island, called Oreum in Korean. One of the biggest Oreum is Geomun Oreum, famous with its large lava tube system and designated as a UNESCO Natural Heritage site. It has few lava tunnels/caves formed by lava flow in the northeast direction thousands years ago: Bengdui Cave, Manjang Cave, Gimnyeong Cave, Yongcheon Cave, Dangcheomul Cave and Seonheul Vertical Cave. I think you do not need to visit all the caves, just pick the best and the most popular one: Manjang Cave. It stretches for 1,3km, but only 1km is opened for tourists. There is a unique rock in the end of the tunnel, formed by flowing lava. There’s also a unique turtle rock located in the middle of the tunnel. The structures inside the cave are different in each section. When you see that, you will realize how strong and powerful lava can be. 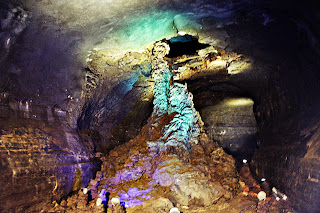 Gimnyeong Maze Park
Spending time: 15-30 minutes
Just 500m away from Manjanggul, there is a human-made maze/labyrinth park called Gimnyeong Maze Park. It is not that big but quite fun, especially if you go with family. The goal is to ring the bell in the middle of the maze. It is quite easy, you can finish visiting this park in 30 minutes. The 100m high grasses shaped in images represent famous symbols of Jeju Island, such as Serpent (an object of worship on the island), and Horse (native horses of Jeju Island brought by Mongolians many years ago). 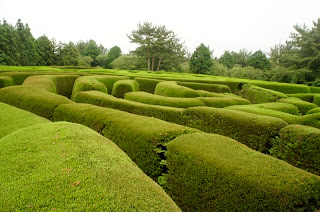 Udo Island
Spending time: 2-3 hours
This island is named Udo, which means Cow, because of its shape that looks like a laying cow laying. You can rent scooter, bike, ATV or take a shuttle bus to walk around this small island. There are caves, beaches, and horse ranches. If you love 1 Night 2 Days (a Korean TV Show), you’re gonna love this place, because there are many pictures, signs and footage of 1N2D when they visited and shot this island last time. 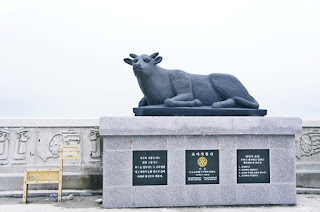 Seongsan Ilchulbong
Spending time: 1-2 hours
Seongsan Ilchulbong is another UNESCO World Nature Heritage site in Jeju Island. It’s also called Sunrise Peak, because I heard it’s a perfect place to see sunrise. It looks like a small island, but actually not separated from the main island. The height is about 180m, and there is a huge crater on top of the peak with diameter around 600m. Either you’re standing on the foothill or on the top of Seongsan, the view is amazing. You can go down to the seaside to see performance of woman divers. You can go up to the peak to see the crater and the view of Jeju Island. 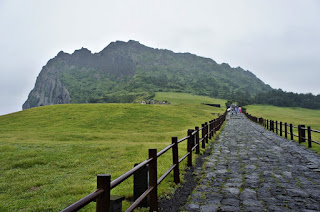 Seopjikoji
Spending time: 30-45 minutes
Seopjikoji is an amazing place by the seashore with a trail going up and down leading to a lighthouse. It’s REALLY beautiful, and the best part is FREE. This is perhaps my most favorite place in Jeju Island. There is no public transportation going to this place, you still have to take taxi from the nearest bus stop (which costs around 4,000 won). Along the trail, there is an old house which was used for Korean drama All In shooting location. You can go inside the house by paying ticket 3,000 won. 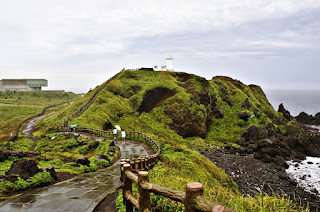 Jeongbang Falls – Cheonjiyeon Falls – Oedolgae
Spending time: Half day
There are 3 famous waterfalls in this part of Jeju Island. If you like nature then all are worth it to visit. Jeongbang Falls is special because the water directly flows to the sea. Not far from there, there is Cheonjiyeon Falls. Another waterfall, Cheonjeyeon (different than Cheonjiyeon), is located inside Jungmun Resort. Before going to Jungmun Resort, there is another beautiful place to see near Cheonjiyeon Falls: Oedolgae. In this site, we can see a big rock standing in the sea like a giant soldier. It was believed that this rock in past time frightened Mongolians and made them go away. Oedolgae is also a shooting location of Korean drama Dae Janggeum (Jewel in the Palace). 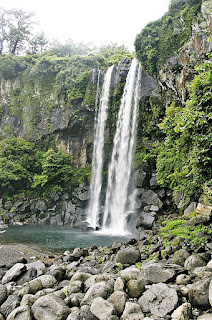 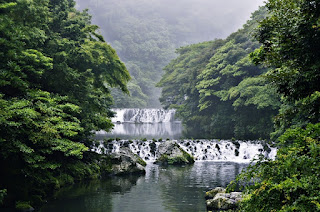 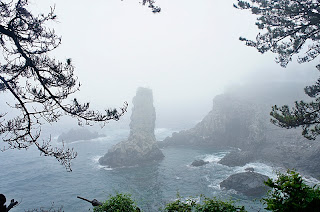 Jungmun Resort
Spending time: Half day
Jungmun Resort is a tourist complex filled with expensive hotels, interesting sites and some amusement museums. Places worth to visit inside Jungmun Resort are: 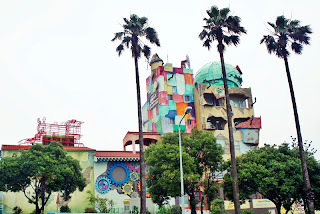 Korean people can’t get enough of Teddy Bear. There are many Teddy Bear Museums around Korea, and 2 of them are in Jeju Island, and one of them is in Jungmun Resort. Teddy Bears here were dressed like famous stars including Marlyn Monroe, Elvis, Charlie Chaplin, Lady Di and Prince Charles, and so on. My favorites are Teddy Bears in Korean drama Goong, and Teddy Bears in Korean traditional wedding. 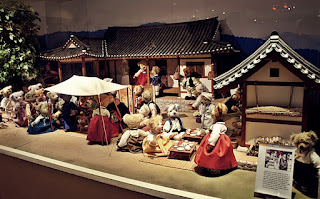 Just 10 minutes walking diatance from Ripley’s Believe It Or Not Museum, there was a waterfall named Cheonjeyeon Falls (don’t mistake it for Cheonjiyeon). The unique thing about this waterfall is it flows quite long and has 3 falls. You can hike a little bit to see all those 3 falls, really beautiful. It was believed that 7 Goddesses come down from heaven at night and bathe in the waterfall’s pond. Cheonjeyeon means Pond of God. On the way to the waterfall, you will pass Seonimgyo bridge.

Jusangjeolli is an amazing volcanic rocks cliff and pillars formed by eruption of Hallasan into the sea. 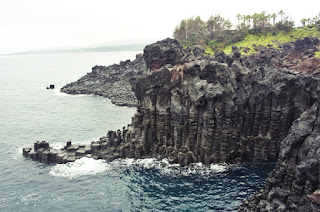 Day-3: Hallasan
Spending time: 8 hours
Visiting Jeju Island is not complete without climbing the great Hallasan (1,950m), who made this island alive and created all the beautiful sites in Jeju. There are 6 trails of hiking Hallasan, but only 2 of them reach the top: Seongpanak (9.6km) and Gwaneumsa (8.5km). It takes about 4 hours to go up, and 3 hours to go down, so practically you will spend the whole day to climb the Hallasan. There is a huge crater on top of Hallasan, just like Seongsan Ilchulbong. Once you finish climbing it, you can ask for a certificate, cool eh? 😉 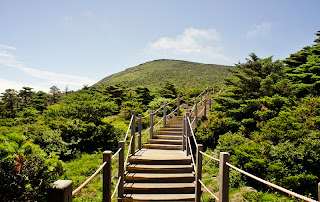 If you still have enough times, you can also go to these famous places. They are opened in the evening, so you can insert them in any day you want. These places are closer to Jeju-si (North of Jeju Island).

Loveland
Spending time: 30-45 minutes
This is one (and the most famous one) of sex museums in Jeju Island. It shows many sexy and vulgar sculptures. 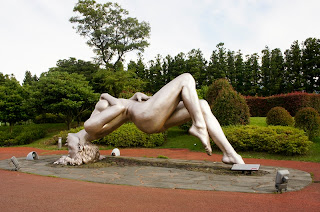 Yongduam Rock
Spending time: 15-30 minutes
Yongduam means Dragon Head. Like its name, this rock is shaped like a dragon head. It was formed by lava from Hallasan, winds and the sea. 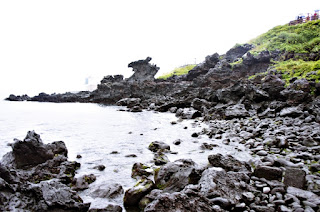 That is my version of 3-days itinerary in Jeju Island. Hope it can help you plan your holidays! Wait, no beach at all? Nope. I went to 3 or 4 beaches in Jeju Island… disappointing! The wave was not big, errr… was there any wave? It was in summer but the water was cold. I don’t recommend any beach in Jeju Island. Jeju is not Hawaii or Bali. Jeju is more special in its volcanic mountains, lava rocks and waterfalls. And I like it 🙂