Only in Seoul #2: Building and Monument Attractions

Hello, this is the second post of my Only in Seoul series. Check it out!

Seoul Tower
Also called Namsan Tower, this is a mandatory place to visit other than Gyeongbokgung. You haven’t been to Seoul if you haven’t visited this place. It is located in Namsan Mountain where you can see the beautiful view of Seoul city (especially at night). On its terrace, there is a famous Locks of Love area where couples write their name and vow in a padlock to express their love. Better not visiting this tower alone because you will end up being desperate seeing all the couples xD I’ve been to this place 4 times: first with only myself which I regret it a lot, second with my family when they came visiting me in Seoul, third with my Indonesian friend who’s on holiday and her Korean friend and forth with my brother who came to visit me. In all those 4 times, I didn’t go up to the observatory hall. This tower is already located high on Namsan Mountain, so we can see the beautiful Seoul city even on the terrace. 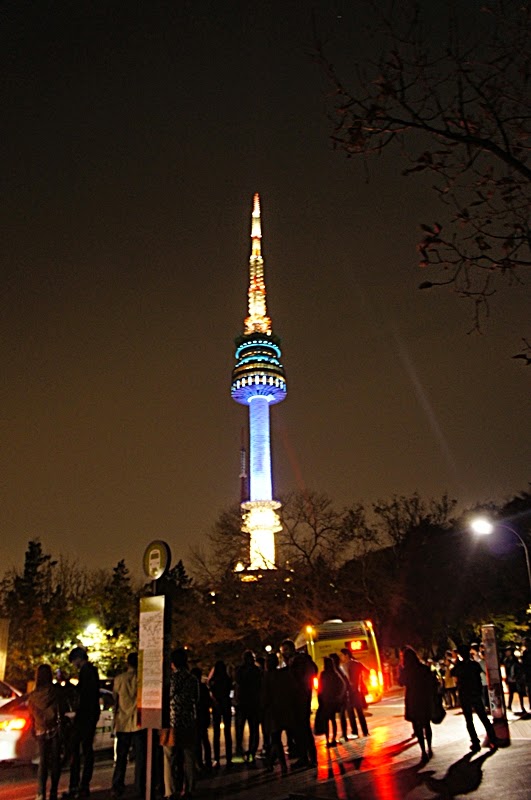 Gwanghwamun Square
Also called Gwanghwamun Plaza, it is a public open space in the middle of city located in front of Gyeongbokgung where a big King Sejong and Admiral Yi Sun-sin statues standing. King Sejong is a famous Joseon King who achieved many great things including the creation of Korean writing Hangeul. Meanwhile, Admiral Yi Sun-sin is a great Korean naval commander who is well known for his victories against the Japanese navy during the Imjin war. In the lower level of Gwanghwamun Square, there are Story of King Sejong and Story of Admiral Yi exhibitions opened free for public. One interesting fact I learnt from the Story of King Sejong exhibition was there is a tribe in Sulawesi province in Indonesia called Cia Cia that adopts Hangeul as their official writing system. Wow, that is unbelievable! 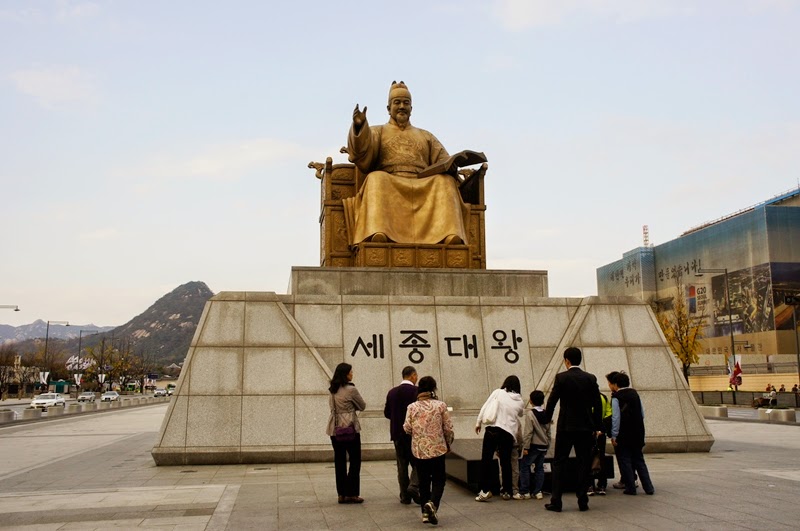 Cheonggye Plaza
This public open square is the starting point of Cheonggyecheon, a 10.9 km long stream in downtown Seoul. It is a romantic place to walk, sit and hangout with family, friends and lover. On many occasions, this stream is decorated with beautiful lights and lanterns. Some tourist places near Cheonggye Plaza in walking distance are Gwanghwamun Square, Deoksugung, Bosingak, and KTO (Korea Tourism Organization) office. I like visiting KTO sometimes to get some information about places in Korea, to see kpop corner (haha) and to pray (they have praying room for moslems). You can add this place to your itinerary together with Gyeongbokgung and Gwanghwamun Square on the same day because they are close to each other. 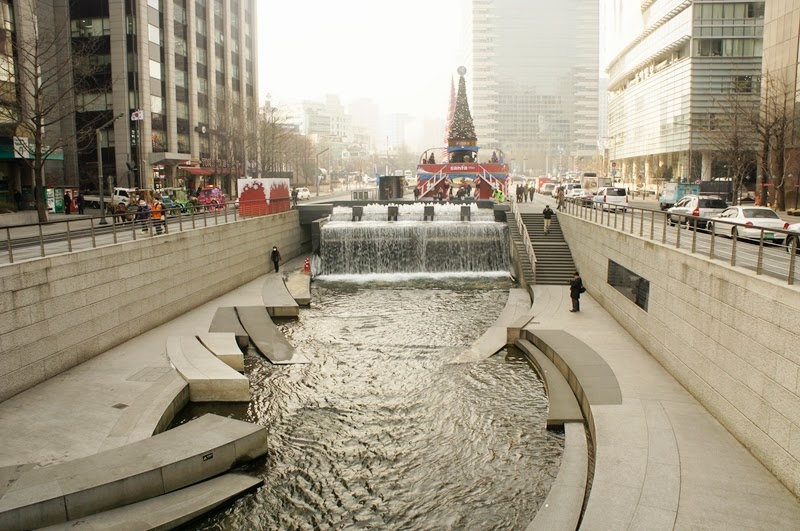 Cheonggye Plaza
Bosingak
Bosingak is a large bell pavilion. During Joseon Dynasty, this bell was used to notify the people of the opening and closing times of the city gates and emergencies such as fire. The city gates were opened at ‘Paru’ (around 4am), the time representing the morning. At this times, the bell was hit 33 times, which symbolized the 33 heavens of Buddhism. The gates were closed at ‘Injeong’ (around 10pm), the time representing the evening. At this time, the bell was hit 28 times, which symbolized the 28 locations of constellation stars. In modern times, the bell is rung only at midnight on New Year’s Eve, so many people gather here to celebrate New Year’s Eve. 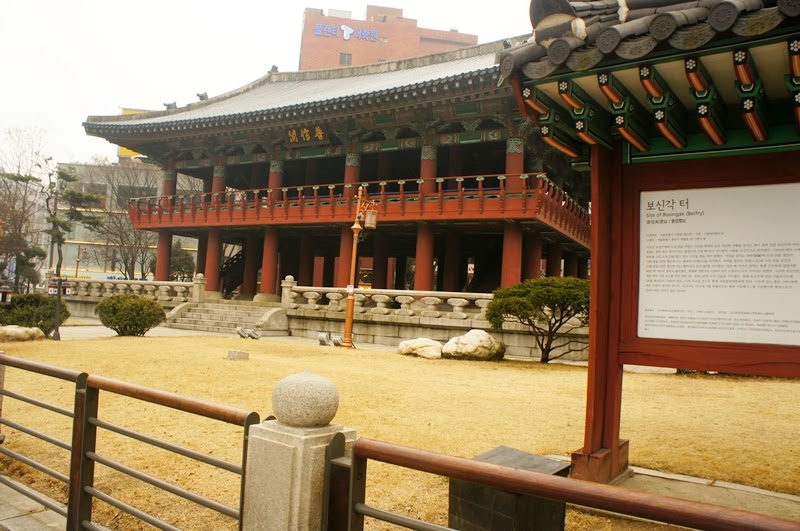 Bosingak Pavilion. When I went there, the bell was moved temporarily (I forgot what happened). The bell should be located on the middle of second floor of this pavilion.
I guess that’s all for Building and Monument Attractions. See you in the next post! 🙂
Tags:KoreaSeoul

2 thoughts on “Only in Seoul #2: Building and Monument Attractions”