Last week I just discovered a new Korean restaurant in Jakarta. It looked familiar so I stopped a little, and stunned. It was Yoogane (유가네), the famous Dak Galbi restaurant in Korea! 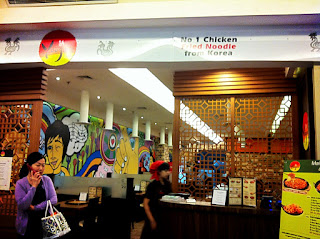 Dak Galbi (닭갈비) is marinated spicy chicken dish normally mixed with some vegetables (like cabbage and onion), sweet potato (goguma 고구마), and rice cake (tteok 떡) together in a hot plate. Dak in Korean means chicken, and Galbi means rib. Nevertheless, they don’t use rib in the dish. In Dak Galbi restaurants, like Yoogane, the dish is being cooked directly on customers table. They put the raw chicken meat that has been marinated with some kind of chili sauce, together with other ingredients on the hot plate. Waiters are going around each table to stir the dish for about 10 minutes. Don’t worry, even though it looks scarily red and spicy, but it is not that spicy. Below was some pictures of Dak Galbi I ate in Korea. 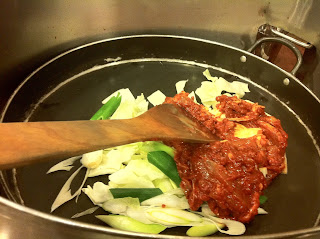 Still raw (@ one of Yoogane stores in Seoul) 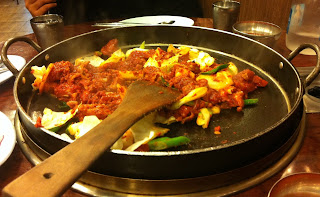 Being cooked (@ one of Yoogane stores in Seoul) 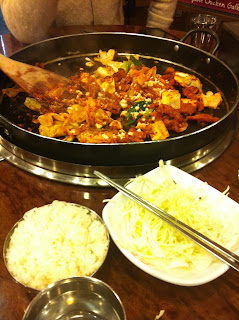 Well done Dak Galbi, with white rice and salad (@ one of Yoogane stores in Seoul) 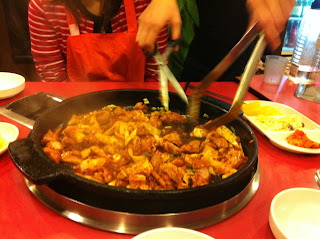 In another Dak Galbi restaurant in Seoul (not Yoogane)

You can also order some toppings to add onto your Dak Galbi: cheese, noodle (ramyeon 라면), white rice, more tteok or more goguma. Some people like to add white rice into the dish and it becomes fried rice, but I prefer to have separate rice. Other than Dak Galbi, Yoogane also offers menu Haesanmul (해산물), same like Dak Galbi but the chicken is substituted with seafood. There is also Chicken Fried Rice (Dak Bokkeumbap 닭 야채 볶음밥) and Seafood Fried Rice (Haemul Bokkeumbap 해물 볶음밥).  Dak Bokkeumbap basically is the same with Dak Galbi stirred with white rice, but without veggies, tteok, goguma and less chicken (sounds boring, right?).

Dak Galbi dish is originally from Chuncheon, Gangwon-do. There is one street in Myeongdong in Chuncheon (not only Seoul has Myeongdong, eh) dedicated for Dak Galbi, full of Dak Galbi restaurants. I tried one of them during my trip to Hwacheon and Chuncheon in January 2012 (I’ll share this trip in another blog post), and it was much better than the ones in Seoul. 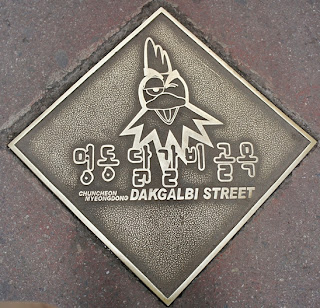 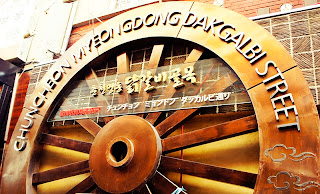 The first Yoogane store in Jakarta opened about 2 months ago in Citywalk mall Sudirman. I believe there will be another branch soon after this, because Dak Galbi really suits Indonesian taste. The taste itself was not so different with Yoogane in Korea, but the chicken chunks were too small. The price of Dak Galbi here is 42,000 Rupiahs per person (around $5), while in Korea it is 8500 Won per person (around $8). The dish might be cheaper here, but they did not have tteok! Yoogane in Korea usually comes with free unlimited salad, kimchi and water, but Yoogane here charges 5000 Rupiahs for 1 portion of kimchi *wails*. In the brighter node, Yoogane here gives free hot tea. 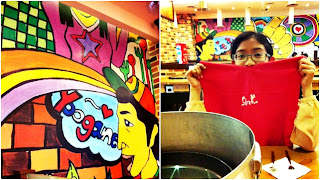 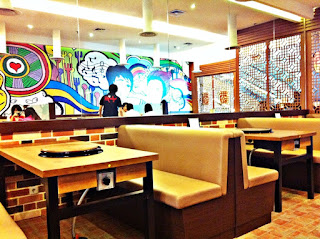 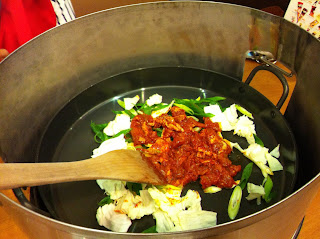 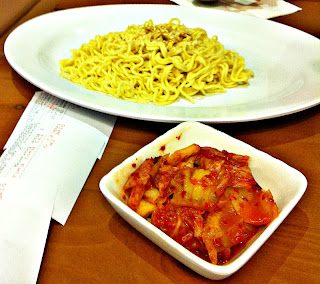 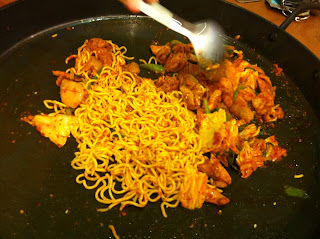 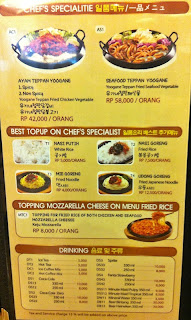 I definitely will come here again when I miss eating Dakgalbi 🙂